Home Apple Guides What Version iOS Do I Have on my iPhone? 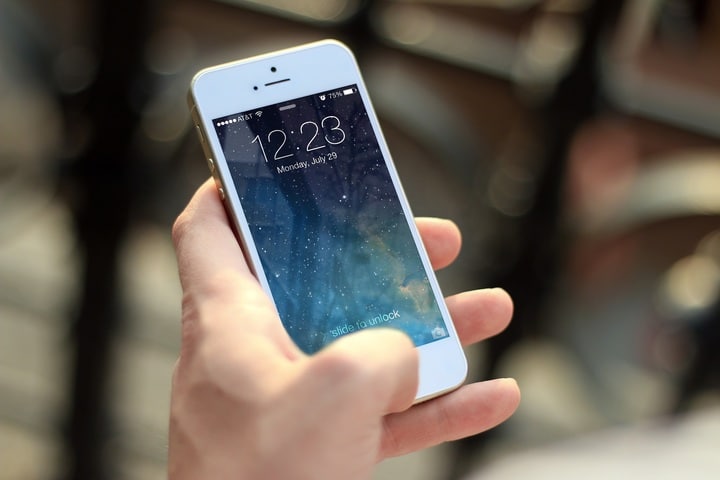 It is easy to find out the version of iOS on your iPhone via the settings or via iTunes – as long as it is unlocked.

As Apple says: “You can find the version of iOS software installed on your iPhone, iPad, or iPod on your device or in iTunes.” [1]

If your iPhone is locked then it is much harder because you can’t access the settings to look.

So does that mean you can’t find the version?

The way to check depends on the circumstances that apply to you.

Is your device locked?

Find out your iOS version on an unlocked device

On an iPhone, iPad, or iPod touch

If your lock screen looks like the image below then you have iOS 7 or newer and you should follow these instructions. 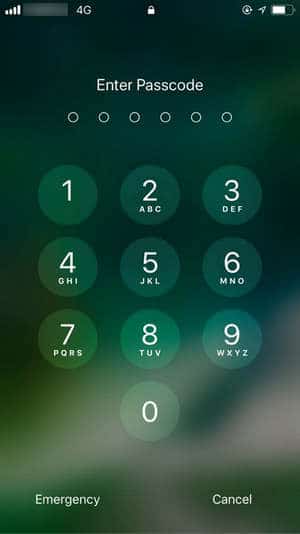 If it looks like the picture below then you have iOS 6 or older and you should follow these instructions instead. 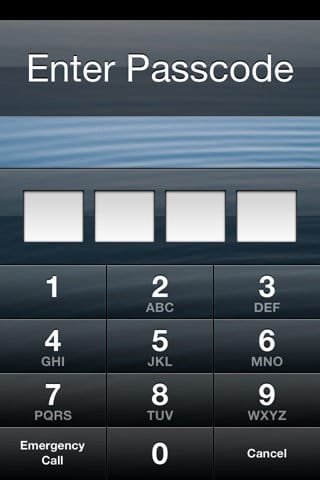 Alternatively, you can actually use iTunes to determine the version of iOS you use. This is the only way to do it if you have an iPod shuffle. 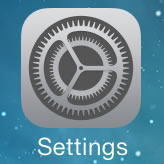 2. Scroll down and tap General 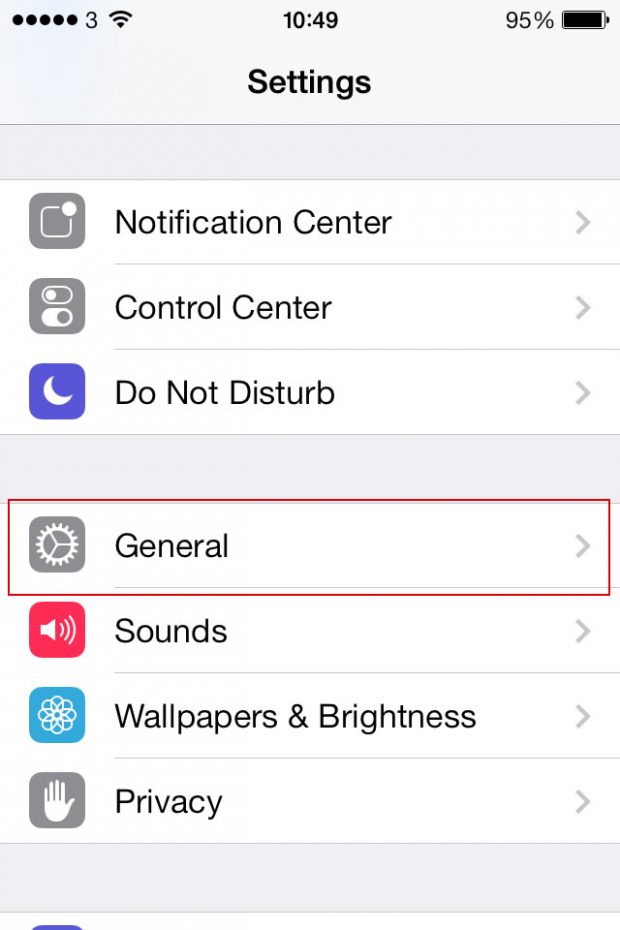 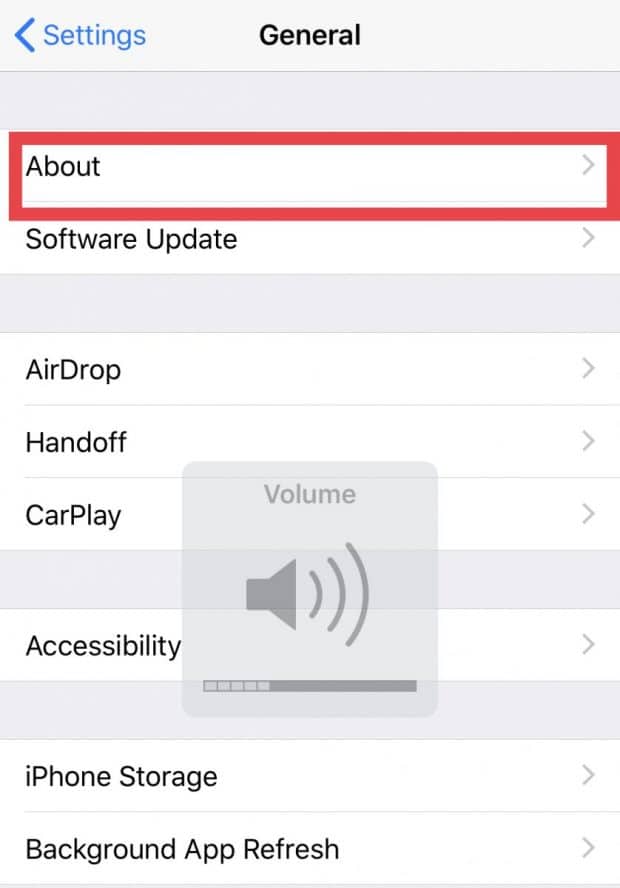 4. Scroll down to where it says ‘version’ and right opposite it says the version of iOS you are using. 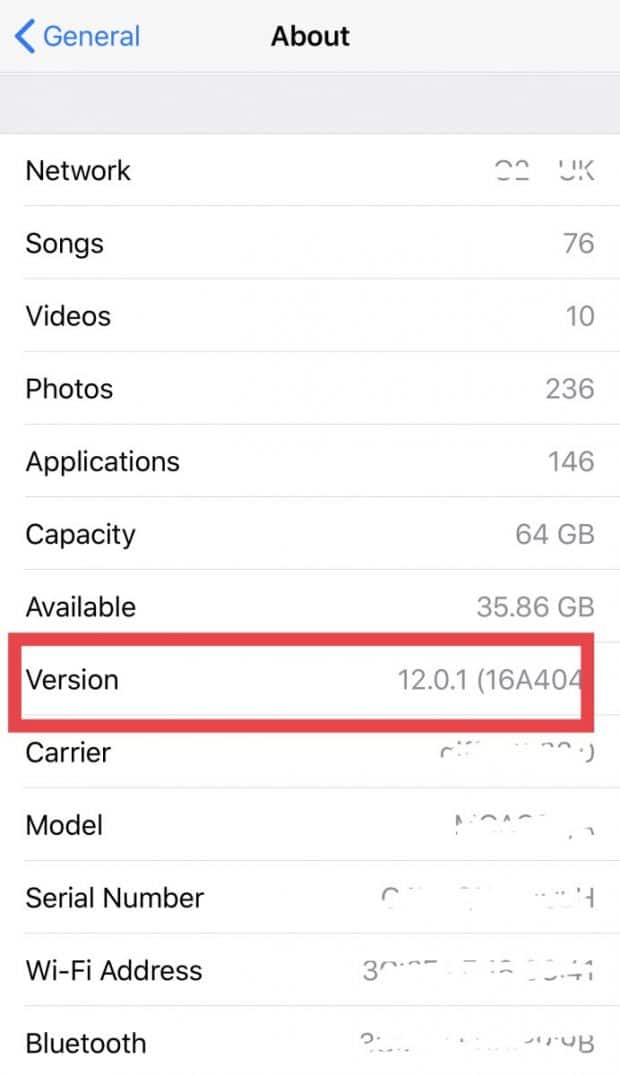 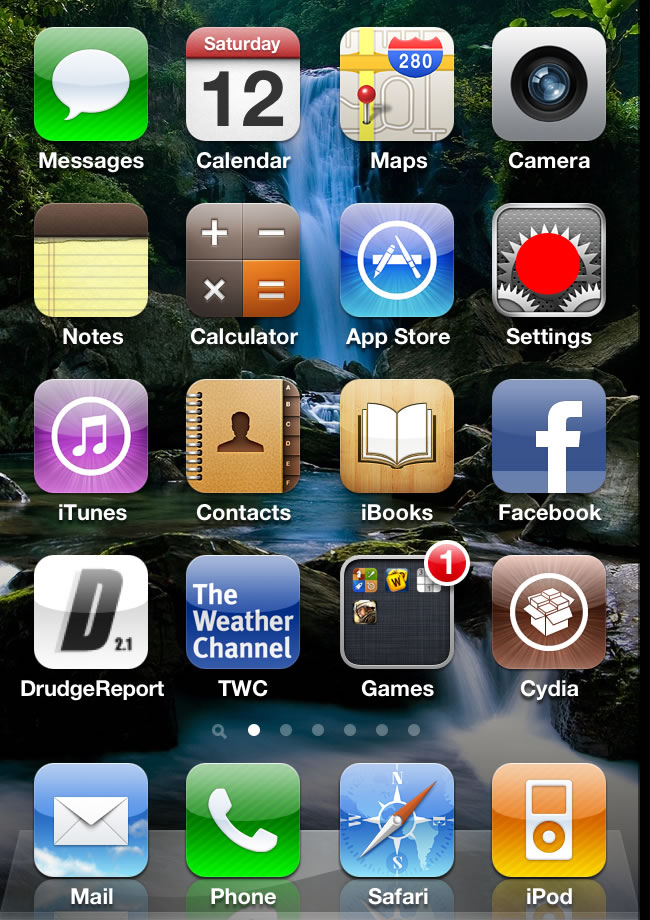 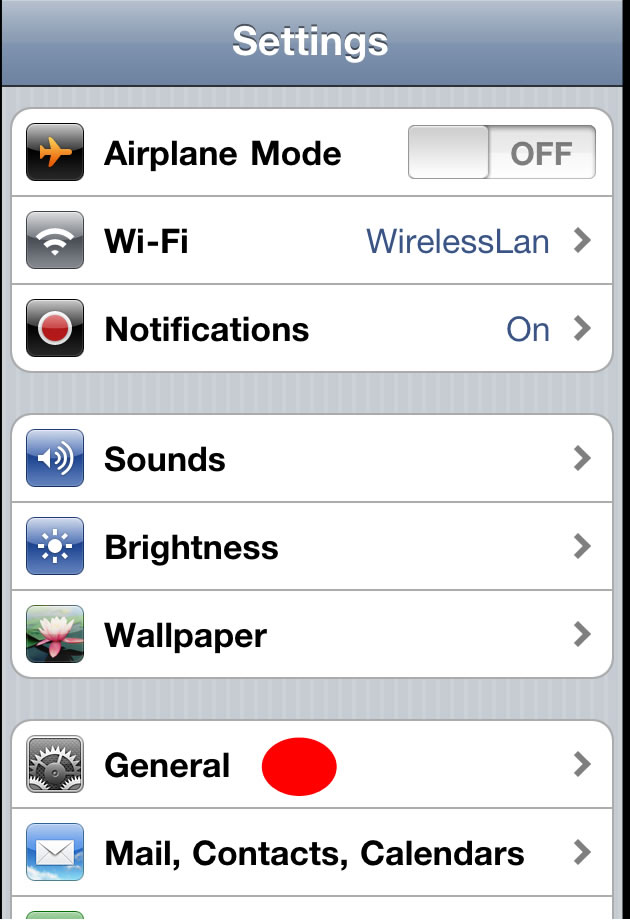 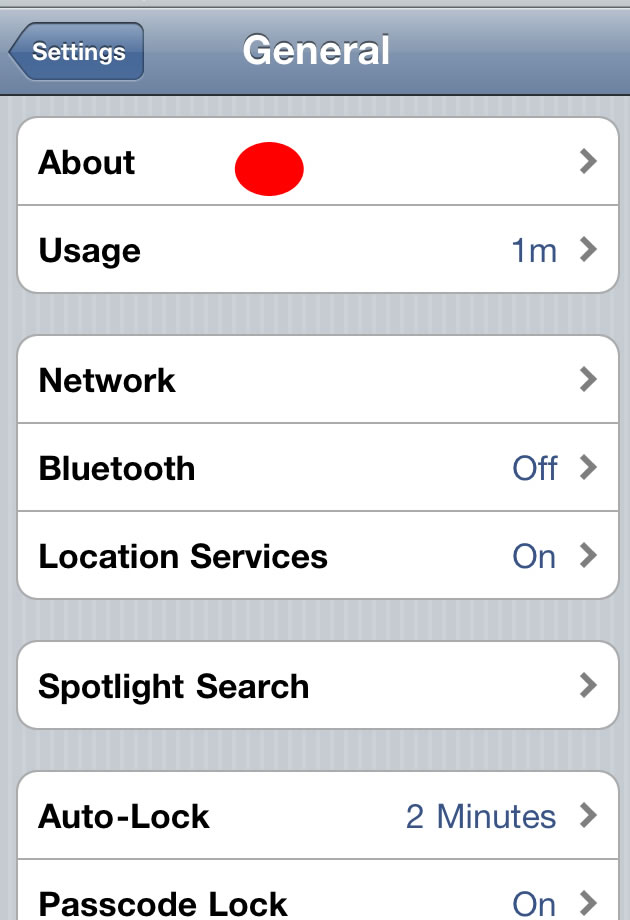 4. Scroll down to where it says ‘Version’ and it will say the exact version number of iOS you have installed on your iPhone.

The first number is all you are interested in. So in the example below iOS version 4.2.1 is installed. 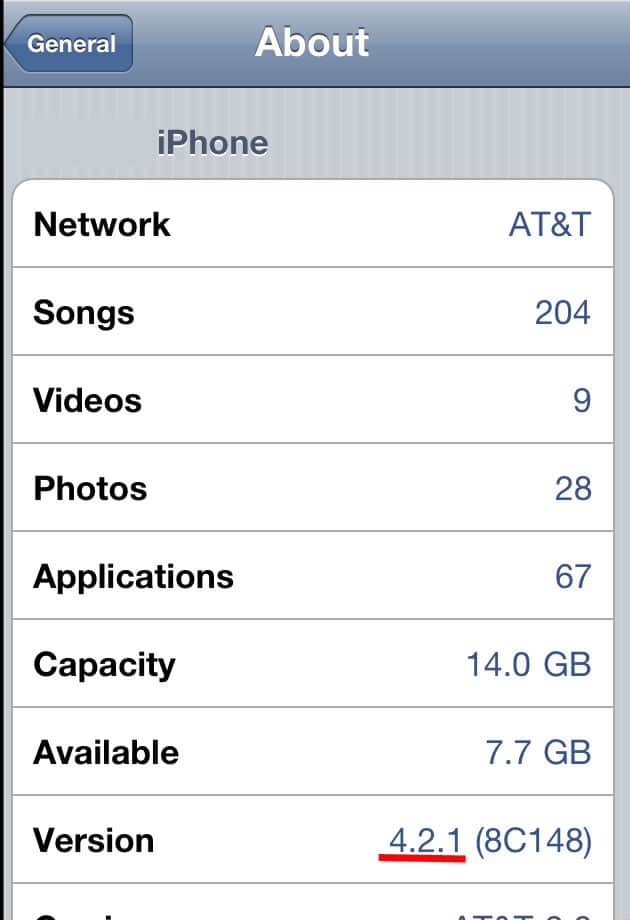 Use iTunes to determine your iOS version

This method works with all versions of iPhone, iPad, and iPod (including the Touch, Shuffle, Classic, Mini, and Nano).

1. Click the iTunes icon on your computer to start it.

2. Connect your device to the computer using the appropriate cable.

3. Within iTunes click the device icon in the upper right corner.

4. In the left pane where it says ‘Settings’  click on Summary

5. Over on the right pane, you will see the iOS version. 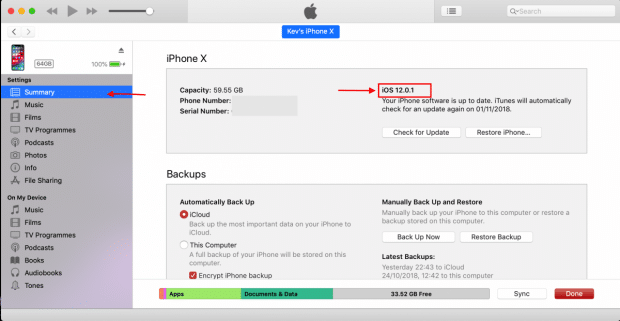 Find out your iOS version on a locked device

If your device is locked you can’t check the version number using the process described above.

And due to changes in how iTunes interacts with Apple devices it asks for the passcode before you can pair it which rules out using iTunes to find out the iOS version.

However, there is another way.

1. Connect your device to your PC using the appropriate cable

2. Make sure iTunes is not installed on the PC.

3. The iPhone, iPad or iPod will appear as a new device in ‘Computer’ such as Apple Camera or something similar

5. The properties will contain the version of iOS installed together with its serial number. [2]

iOS is what Apple calls the software that runs your device. It is pre-installed when you buy your device.

It shouldn’t be confused with Apps, which are downloaded and installed on the device from the App Store. these are installed on top of iOS but are completely separate.

Apple updates iOS regularly, with a major update coming approximately once every year, normally in September alongside the launch of a new iPhone model. The latest version, released in September 2018, is iOS 12.

Can I update iOS?

Yes – as long as your device can handle the new version.

Each year Apple launches new devices and upgrades iOS to the next version. If you have an older device then you may not be able to update to the latest version and may be ‘stuck’ with what you have as your device isn’t able to handle it.

If you have a newer device you should be able to upgrade iOS and gain access to the latest features.

Generally, Apple does a pretty good job at ensuring most devices can use the newer software.

If you have already got, say iOS 12, installed then you will be able to upgrade to any version of iOS 12, such as the current one iOS 12.01. Apple regularly updates iOS with bug fixes between major releases and upgrading them should be no problem for you. It is only when it changes from iOS 12 to 13 that you may have an issue.

[1] Apple support article: Find the software version on your iPhone, iPad, or iPod

Did you find this helpful?

If you found this fix helpful please take a moment to tweet, like, or share this article by using the buttons at the top of this page. I’d really appreciate it. 🙂

Also, if you are feeling extra generous after having your issue solved please leave some encouraging feedback in the comments section at the bottom of the page. I love getting feedback from visitors. It encourages me to find further solutions to those awkward little iPhone, iPad, MacBook, and Mac problems that we all suffer from.

Thanks for taking the time to read my website and I hope to help you again soon!

Dean Case is Case Services’ chief technology editor and has been covering Apple’s mobile electronics, security, privacy, and the wider technology sector since 2011. He is also a highly regarded Web Designer & Developer with a career spanning 15 years which began in PC support. Dean's technical expertise and experience are highly regarded in a wide variety of fields. His well-researched work resulted in highly regarded and often cited articles.